What the Spirit Says to the Churches (January-February)

*Entering 2008, we’re focusing on the theme of “Learning to Live as the King’s Kids in the Queen City”. Towards that goal, we’re tuning ourselves into what Jesus said to the seven churches in Revelation 2-3. He quickly goes straight to the heart of the matter of what he desires his followers to be about.

Revelation 1: What the Spirit Says to the Churches… Almost

Revelation 2:1-7: Letter to the Church in Ephesus

Revelation 2:8-11: Letter to the Church in Smyrna

Revelation 2:12-17: Letter to the Church in Pergamum

Revelation 2:18-29: Letter to the Church in Thyatira

Revelation 3:1-6: Letter to the Church in Sardis

Revelation 3:7-13: Letter to the Church in Philadelphia

Revelation 3:14-22: Letter to the Church in Laodicea

The Mission of God (January-May)
*This class (not taught by me) has grabbed our congregation’s attention like few that I can remember. It explores the idea “missional”, a current buzzword in Christian literature. However, this is no mere buzzword, and this is no fringe discussion. As this class suggests, this is THE discussion for all who call themselves Christians. After many requests, I’m pleased to post these. (NOTE: We missed the first two weeks of material, so if you feel like you’re picking things up mid-stream, that’s why. But jump in because this stream is well worth your while!)

Following a short break, we continued on by trying to identify the here-and-now implications of this whole discussion.

Marks of a Church on God’s Mission (Stan Helton)

A “One Another” Kind of People (Stan Helton)

For the Sake of the World (Stan Helton)

What Jesus Hates about Religion (April-May)

This four-week walk through Matthew 23 may shock a few. Jesus is a “religious character” after all, isn’t he? Yeah… no. In fact, he’s got quite a bit to say about the dangers of religion as most of us know it.

Mother’s Day (May 11)
*What does a person speak about on Mother’s Day? This was what I chose…

The Maker of Mothers

A Horizon that Reaches Wider (June) 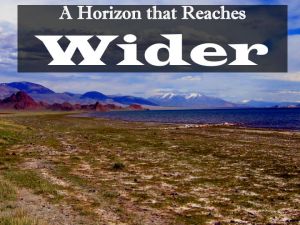 *This 4-week series is my first experiment with co-preaching. Spurred on by discussions like the one that Brian McLaren’s “Everything Must Change” touches on, my friend Wade joined me as we explored how Jesus’ “kingdom message” might speak to some of the issues that are currently on the minds of citizens around the planet: We focused on those of Money, Justice, and the Environment.

Our goal was to raise some awareness in our congregation. We like to think that we did that.

The Span of the Kingdom

A Consuming Culture (This is Wade setting the table for the lesson.)
Gimme Gimme Never Gets… (This is me following his lead.)

The Foundation of the Kingdom 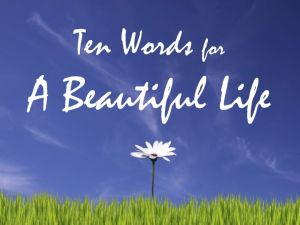 *The Ten Commandments receive unfair negativity. It even begins with that label–nobody likes the sound of “commandment”. Definitely not a beautiful sounding word to most ears. For ten weeks, we’re turning our eyes back to the “Ten Words” given at Sinai to consider just how beautiful a life built on these words really could be.

Dominance (No Other Gods)

Jealous and Free, Mysterious and Living (No Images)

Another Type of Honour (Honour Parents)

To Steal or Not to Steal (Ray McMillan)

Exodus All Over (September-October)

*What does it mean to be the people of God in the world today? This series is built upon a simple idea:

Looking back on the journey of God’s people (Israel) would stand to teach us much of what it might mean to be His people here and now.

And there’s a LOT to look back on…

“I Have Heard the Cry”

“He Has Made You King“

The Cross of Christ (November-December) 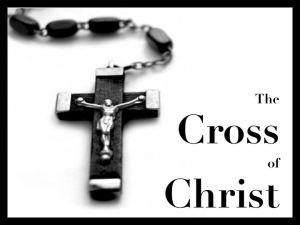 It’s the center of it all. At the very least, it’s the core of our faith; some would call it the pivotal point in all of human history. If we listened to the voice of the Cross, really listened, what would we hear?

This is our attempt to do just that… to listen.

“A Message of Offense”

“I Make All Things New”

“Worthy is the Lamb”

“The Way of the Cross”

Glimpses of the Manger (December)

As the Christmas season approaches, we invited three sets of eyes to lead our as we looked at the very familiar story one more time.

“Between a Rock and a Hard Place” (D. Buchanan)

“Peeking Behind the Curtain”